In 2019, media propaganda and distortion of the truth is commonplace. It is equally, if not more evident, in the treatment of Julian Assange by many mainstream media journalists. As a journalist himself, Julian Assange fought relentlessly to expose the truth, putting his own life at risk and this made him a target of harassment by the state sponsored media in the UK, US and Australia.

Can we trust the mainstream media? Can we trust what they have written and are writing about Assange, Manning and Wikileaks?

Noam Chomsky from The Common Good: “The smart way to keep people passive and obedient is to strictly limit the spectrum of acceptable opinion but to allow very lively debate within a narrow section of that spectrum.”

Julian Assange. In his own words in, The Media, Propaganda and You:

In 2010, two women walked into a police station in Stockholm to ask for advice on how to compel Julian Assange to have an STD test. They had both had unprotected sex with him and Swedish police, recording their encounter, opened ex officio two cases of sexual misconduct against him. Since then, the media have sought to demonise Assange, undermine his reputation as a journalist and portray him as a sex offender even though no criminal charges were ever made during the past 9 years.

After questioning him inside the Ecuadorian Embassy in November 2016, Swedish prosecutors dropped the investigation in May 2017 and revoked the arrest warrant.

In Julian Assange’s own words, to fight disinformation and counteract propaganda, “the simple greatest contributor to our expanding horizons is you.”

The public deserve to be presented with factual, honest reporting on Assange, and to know why the US Department of Justice wants to prosecute him for ‘conspiracy to commit computer intrusion’ – a charge the previous Obama administration deemed to be insufficient to prosecute criminally. The DOJ charges also accuse Assange of conspiring with Chelsea Manning to download and publish records containing classified defence information. Manning has bravely refused to incriminate Assange and faces further jail time for her defiance of the secret grand jury witch-hunt of Assange. 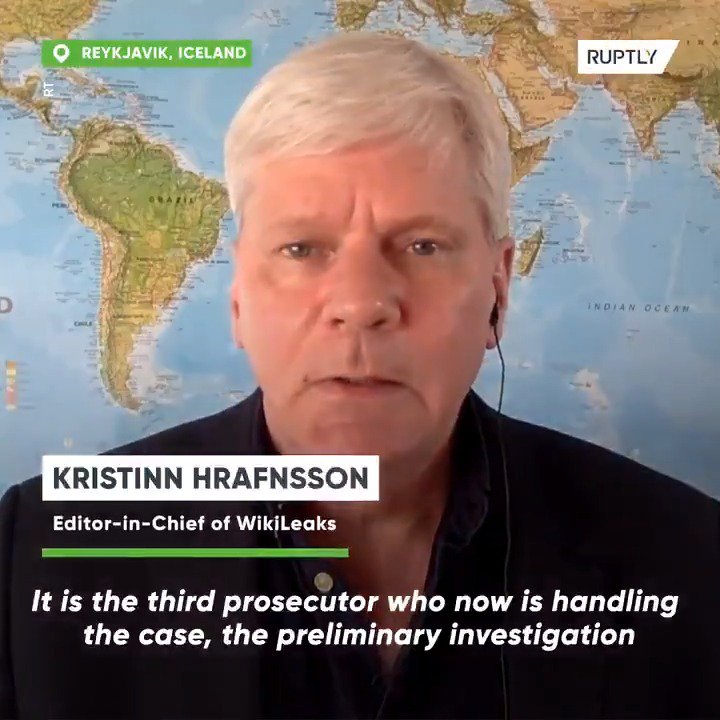 How do we counter the disinformation about Julian Assange and Wikileaks? It’s up to us the citizen journalists and independent media to take up the challenge and expose the mainstream media lies.

In order to help correct the record, Wikileaks tweeted a posting from Justice4.Assange.com, which presents a note to all editors on the exact details of the Swedish allegations.  It’s vital that the public are made aware and that the media report those facts.

Mainstream media outlets also have a professional responsibility to publish objective and accurate information. But reporting on Assange has been inaccurate, biased and largely unchallenged. Many of the media in the UK have signed up to a voluntary code of conduct. The Independent Press Standards Organisation sets out the rules that members including newspapers and magazines agree to follow. Those rules are regulated by the IPSO for their members, although membership is voluntary.

We need to dissect every article that aims to portray Julian Assange as a villain and highlight every inaccuracy on the reporting of what he did as a journalist, the role of Wikileaks, the ‘rape’ allegations in Sweden, his asylum in the Ecuadorian Embassy, the bail skipping charges, and the real reasons for extradition orders. Each misleading article must be challenged either directly with the individual media organisation or by lodging a complaint with the IPSO with details of the inaccuracy within the article as well as providing the actual facts.

Every complaint should be monitored, the responses, apologies and corrections published and shared with others online. As more published articles are challenged, those journalists and their editors will be forced to respond which will be costly and time consuming.

The role of independent journalists or alternative media is also crucial to identifying and disseminating the truth. It’s mainly through these sources that we are able to establish facts about Julian Assange, Wikileaks and Chelsea Manning. We must support independent journalists and protect them from unfair censorship and attacks by mainstream media, politicians and groups of individuals who focus on spreading disinformation on social media platforms and are often aligned with state sponsored propaganda.

By working together, we can unpick the lies and smears about Julian Assange, inform public opinion and try to prevent his unjust extradition.

Reliable sources of information on Julian Assange are his lawyers, websites: wwwjustice4assange.com and www.defend.wikileaks.org. If you wish to participate in setting the record straight, join the Julian Assange Defence Committee, a grassroots solidarity campaign for the WikiLeaks publisher by sending an e-mail to JADC@protonmail.ch.