This is an Online presentation of the documentary followed by live Q&A with director, Matt Kennard and Emmy Butlin.

Register for your free tickets here.

An online screening of “THE WAR ON JOURNALISM” with live Q&A with the director of the film, Juan Passarelli, Matt Kennard, investigative journalist, and Emmy Butlin of the Committee to Defend Julian Assange. There is a war on journalism – Julian Assange is at the centre of that war. If this precedent is set then what happens to Assange can happen to any journalist.

“The Indictment of Julian Assange… is a threat to the press and the American People.” – Glenn Greenwald Pulitzer Prize-winning journalist

A special event arranged by The Campaign for the Defence of Julian Assange in collaboration with The London Socialist Film Co-op. 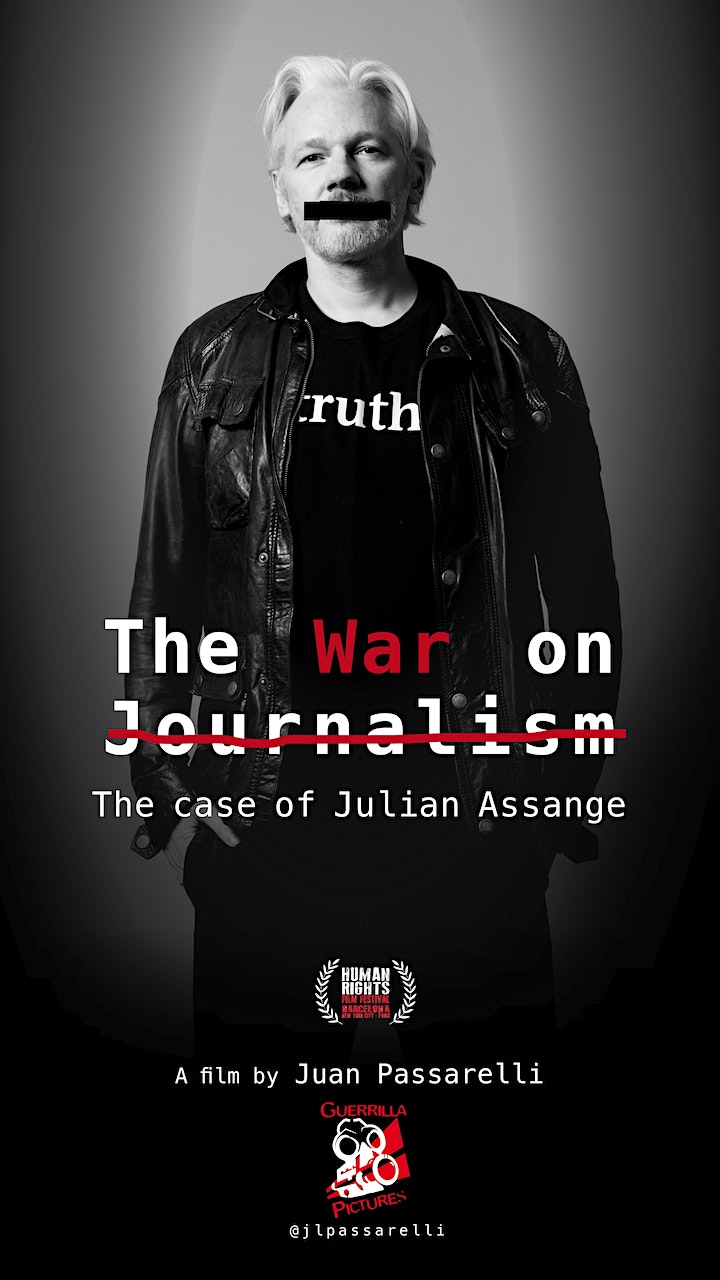